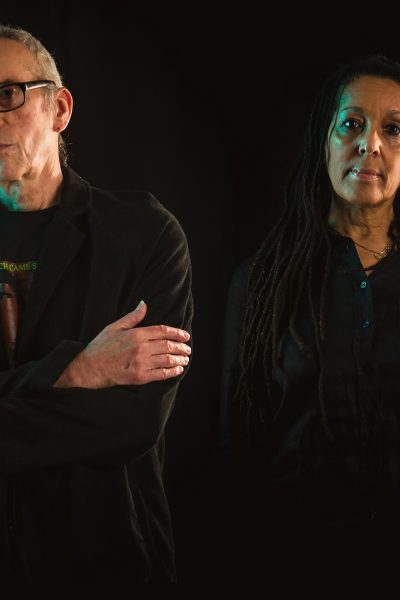 State of Emergency has been creating high quality dance, theatre, and music for over thirty years.

As a producer, and as an advocate for artists and performers, State of Emergency has established a national and international reputation. The company was founded in 1986 by Deborah Baddoo MBE (Dance) and Steve Marshall (Music), primarily as a performance project presenting original choreography and music. State of Emergency was from the outset, a vital collaboration between dance and music. State of Emergency has a proven track record and is proud of its associations with some of the leading names in the contemporary arts scene. Across a wide range of activity, the company has provided opportunities for hundreds of established and emerging artists. State of Trust, the charitable arm of State of Emergency, was set up in 2014 to address social need, provide education and support community cohesion through arts activity. State of Emergency productions include Dance for Life (1991),The Mission (2003 to 2005), Desert Crossings (2010 to 2011), Choices and Consequences (2015), Where Is Home? (2016 to 2018) and Coleridge Unbound (2021 to 2022).

Deborah Baddoo
Trained at the University of Surrey and went on to gain an MA in Performance Arts at Middlesex University. A performer and choreographer in her own right, in the fields of jazz and African contemporary dance, Deborah went on to open Pyramid Dance Studio in London in 1985, which was instrumental in providing a launch pad for so many artists and companies. Throughout her varied career she has pursued a passionate, long-term vision to support the development of Black choreographers nationally and internationally, and in 2010 she was awarded an MBE for services to British dance.

Steve Marshall
Trained as a singer and instrumentalist at Pyramid Arts Development, the international music and arts centre out of which State of Emergency evolved. Early associations with jazz, reggae, soul, RnB, rock and electronic music were a great foundation. Notably, his work with reggae legend Lee “Scratch” Perry earned him Grammy nominations and led to collaborations with Keith Richards and George Clinton. “…voices like his deserve the respect, because the music is so uplifting and full of the whole range of ingredients.” Bob Jones, Blues & Soul Magazine